Our Elf on the Shelf

This is a brand new tradition for us this year, and the ladybug and little guy have been loving it.  I had no idea what the whole thing was about and how it was supposed to work until last month.  When I read how the elf gets into mischief during the night, I thought we could have a lot of fun with this. (or be totally freaked out about a little doll watching us during the day and then running around in the dark while we sleep)  Luckily, the kids are having fun with it - no freak outs here. Whew! 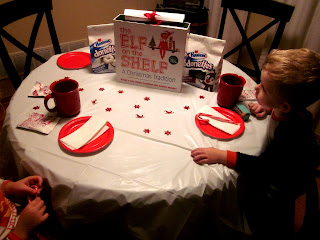 A few days after Thanksgiving  we had a very simple, but festive surprise breakfast to introduce our elf, "Chip".  It happened to work out that the Elf on the Shelf special was on tv the night before, and that's also why they chose the name Chip.  We read the book that comes with the elf and enjoyed donuts and hot chocolate for breakfast.  Hello sugar. 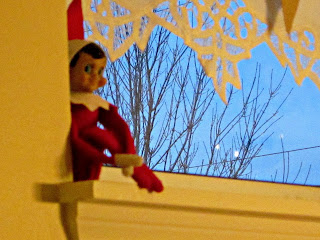 After our sugar high, we chose a spot for Chip to sit where he would be out of reach, yet able to see our daily happenings.
When they go to bed the mischief begins.  Here's some of what our elf has been up to around our house.  Most of these ideas came from other creative people courtesy of Pinterest. 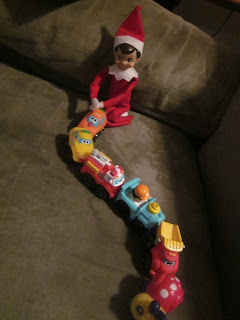 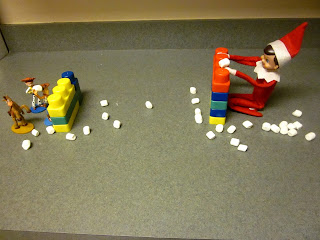 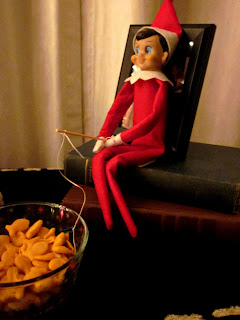 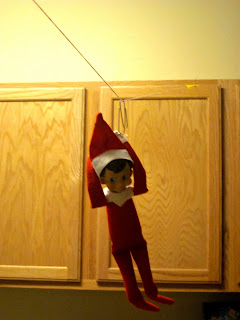 The morning of the ladybug's Christmas program at school, he made some special elf sized donuts (cheerios) for us.  What a sweet elf.  He found the idea here. 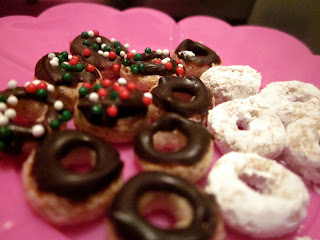 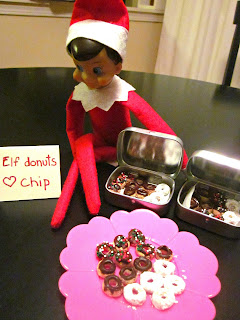 One night Chip was making paper snowflakes.  The next morning we had our first real snowfall. (I had no idea it was supposed to snow.  That just kinda worked out!) 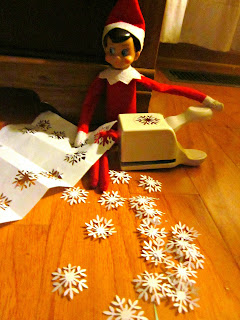 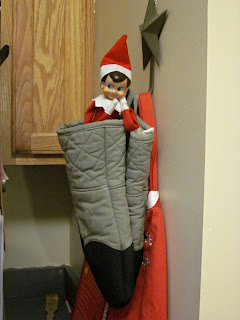 One night Chip got out the ladybugs porcelain tea set and had a tea party under the tree with Mary, Joseph, and Santa. 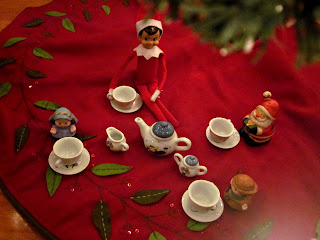 Tomorrow morning the kiddos will wake to find Chip enjoying a little r&r! 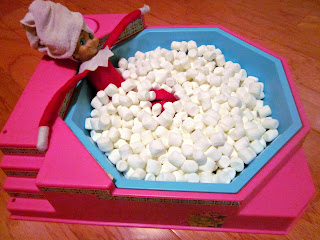 If you have an elf, what kind of mischief is he/she getting into?
Link up with me here...
http://adiamondinthestuff.blogspot.com/
http://lilluna.com/
http://somedaycrafts.blogspot.com/
Posted by Jen @ EmbellishingLifeEveryday at 10:30 PM

Email ThisBlogThis!Share to TwitterShare to FacebookShare to Pinterest
Labels: Christmas

Love all his mischief! I just heard about this recently and it sounds really fun! I'd love to do it in a few years when my son is old enough to enjoy it!

Thanks a lot for sharing. Keep blogging It's good that such blogs exist.
Christmas traditions Avis ElfiSanta.fr